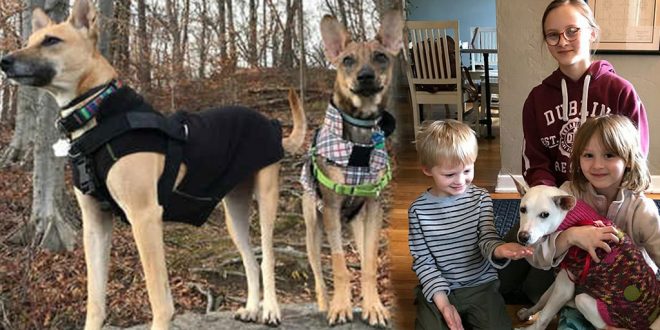 Rescued Indian Dogs Find Forever Homes In The US

A two-year-old stray dog was rescued from the streets of Hyderabad is now enjoying the white sand beaches of Miami.

The dog named “Kittu” was found unconscious in the middle of the road with a huge abscess and multiple fractures on its leg. Kittu was rescued and given the necessary treatment. Kittu was adopted by Ujjwal Chintala, a US national who was on a trip to India in December 2019. 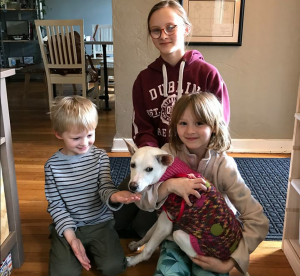 Julie Singh of Stray Dogs of India said, “Chintala knew that leaving the dog in the middle of the road in that condition would mean certain death to the dog. She rescued it and got so attached to the dog during the process of getting the treatment done that she couldn’t leave the country without Kittu.”

“After getting the dog treated, Chintala who resides in Miami, US contacted one of our rescue partners for Kittu’s adoption and transfer to the US. We arranged formalities for their adoption and journey to a foreign shore.”

Like Kittu, several Indian dogs, rescued by a non-governmental organization (NGO) in Hyderabad and elsewhere in the country are now finding homes in the US, Europe, and Canada.

While a majority of Indians still like having pedigree breeds such as Huskies, Labradors, and German Shepherds as pets. Indian dogs are forced to survive in bad conditions on our streets. And abroad they are being considered as one of the best dog breeds.

In another example, Monkey now named Picabo. A paralyzed puppy who survived all the kind of harsh conditions on the streets a few months ago & Paavan whose face was consumed by a tumor, they are both winning hearts of their new families in Washington DC, US. 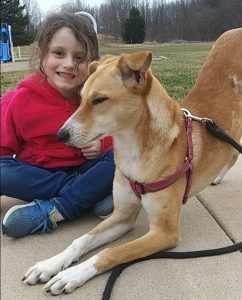 Posting a video of Picabo on a Facebook group (Stray Dog Support Inc.) dedicated to stray dogs, the NGO that arranged Picabo’s adoption and transfer to the US wrote, “Monkey (Picabo) our recent arrival from India is enjoying her first Christmas toy! This little girl is winning the hearts of her new adoptive family. We are so happy for this little paralyzed pup who survived the harsh streets.”

While two other street survivors Posto and Chochori also have new homes in the US, Xena whose mother and three siblings died due to severe mange soon after the delivery has been adopted by a Canadian resident and is now living at Port Alberni, a city in Vancouver Island, Canada.

In 2019, an NGO Peedu’s People sent 43 dogs to their forever homes in Canada, USA, and UK. Out of 43 dogs this year, 21 were special needs (paralyzed, tripods, blind, deaf, etc) and 39 were orphans. In four years, the NGO got a total of 117 Indian dogs adopted abroad.

NGO volunteers who organize adoption and transfer of stray dogs to other countries said that they do all necessary background checks and review applications of the possible adopter when they approach them.

“The process of adoption is simple, and all the expenses are for transport and permissions are made by the adopters themselves,” informed Singh.

The cost of transporting a dog from India to the US, Europe, and Canada can be anywhere between INR 1 lakh to INR 2 lakh depending on the country.

“It usually costs less if the pet travels with the adopter or a foster who can handover the pet to the permanent owners after they reach the country in which it is getting adopted,” said Singh.

“At the end of the day these desi dogs show the world how fantastic, smart, intelligent and loving they are. They are changing the perception of the Indian pariah dog, slowly but surely. More importantly, they show us Indians that our dogs have value, that they should adopt and save a life than spend on expensive breeds,” said Inder Sandhu of Peedu’s People.