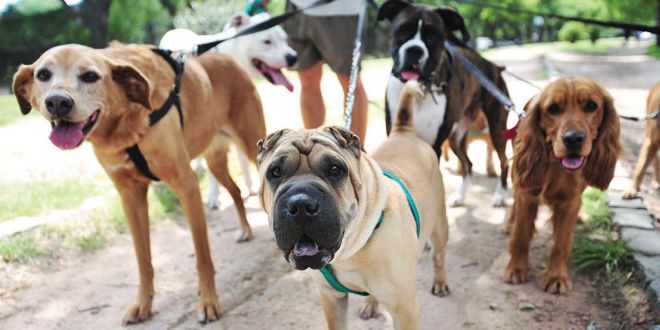 With the focus largely on the difficulties human beings face, the suffering of pets and stray animals are going unnoticed
Namrata Gandhi, a Mumbai-based pet owner whose eight-year-old dog has a medical condition, has been running from pillar to post to stock up on vet-prescribed food.

“I cannot experiment with another brand because it may not suit my pet dog. Despite efforts, I fear, I have too little to last 20 days,” said Gandhi.

Geeta Lama, a Gurugram-based pet owner, is worried about her dog’s survival. “My dog hasn’t eaten for the past few days because his wet food used to be delivered daily, which is not available now,” she said

Mumbai’s Chhavi Dang had difficulties procuring food for her pet because the pet shops are shut and online portals are out of stock.

Manish Chedda, a pet food shop owner in Mumbai, said: “Distribution hasn’t started yet as a lot of it is stuck in transport and there is no communication regarding the date of delivery from the companies.”

According to government data, as of 2019, India had over 2.5 crore companion animals, around 536 million livestock and 851.81 million poultry population.

“Since human life is more important, animals are the first to be ignored during a crisis,” said Gauri Maulekhi, a trustee at People for Animals, an NGO started by Maneka Gandhi. “We have an Animal Husbandry Department and despite this, the supply chain of essential goods for animals is hampered. Suppliers, distributors, pet parents, feeders have been running from pillar to post in most States to get sanctions and passes.”

According to Govind Suryawanshi, Corporate Affairs Director, Royal Canin India, a French pet food company, the core problem is the lack of communication between the Centre, States, and local authorities. Multiple State authorities had their own notifications with varied interpretations.

A Mumbai-based pet shop owner, requesting anonymity, told BusinessLine that on the first day of the curfew, he had kept his shop open. “A constable beat me up for supposedly violating the rules, asked me to shut the shop and I had to spend the night in the lockup,” he recounted.

The Animal Welfare Board, suppliers, distributors, and NGOs had to give a representation to the State and Central governments to add animal food and medicines to the list of essential items. The services gradually did start but it is highly restricted and that has impacted the industry to a great extent.

According to industry players, several local issues such as non-availability of human resources, restrictions on inter-district travel and lack of local production are hampering the supply chain of pet food and medicines. To add to this, there has been a surge in panic buying.

Some pet food and animal feed are produced in India. A lot of it is produced in Italy, France, and the US, all of which are battling the pandemic. Thus, the production is restricted which is, in turn, disrupting the supply chain.

While the Centre has not banned the import of the goods, their movement from one district to another is restricted, explained Royal Canin’s Suryawanshi.

“The movement at JNPT has stalled completely. The clearance itself takes 14 days, and then at least seven days from there to any part of the country. To add to it, there are fewer trucks available to deliver these products,” he added.

Each day’s delay is causing acute scarcity of food, according to People for Animals’ Maulekhi. “The food lying at ports is just rotting there — it is an essential item and perishable. It should be addressed immediately and released,” she urged.

Ganesh Ramani, General Manager at Mars Pet Nutrition India, said there has been much panic buying.“Sales in February were as usual; however, in March, there was a disruption in the supply of imported products,” he said. The company’s product portfolio includes Pedigree, Whiskas, and IAMS.

Royal Canin and Shake Hands, pet shop-chains, have seen a surge in buying and both anticipate a short-term demand and supply mismatch. All the industry players say there is little clarity on when the business will return to normal, but the existing stock should last at least a month.

Even if the products reach the local godown, distributors do not have adequate staff to deliver them to the retail stores. On the one hand, Shake Hands has reduced the hours of operations at its stores, on the other, its e-commerce website says it is unable to deliver products because of staff unavailability.

Cuddles Pet Lifestyle, another pet food, and accessories website are not taking fresh orders at the moment. Sharon Misra, the founder, is personally delivering the pending orders because of the lack of human resources.

“My 12-year-old daughter is unwell, and waiting for me at home all day long, while we are driving at least 100 km a day delivering food to the pet parents,” she said.

A Mumbai-based veterinary doctor, requesting anonymity, said medicine distributors are also under-staffed, which is posing a problem. Maulekhi feared that the livelihood of daily-wagers who are associated with the animal feed industry in rural India will be affected.

With no clarity on the availability of animal food, hoarding is promoting black-marketing and inflation, according to Maulekhi. “Most of the fodder comes from Punjab and Haryana, the prices have shot up in the past 20 days and it is likely to go up even higher than that in the next 20 days. The State governments are not keeping a tab on it,” she said.

Even processed pet food prices have shot up as there are a supply and demand mismatch, she added. Asked if the prices of pet food could increase in the future, Mars’ Ramani said that will depend on the prices of raw material increasing.