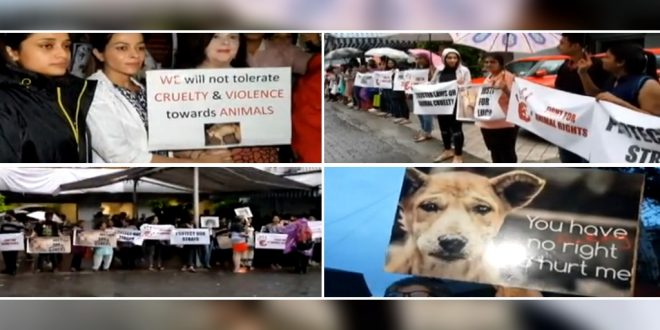 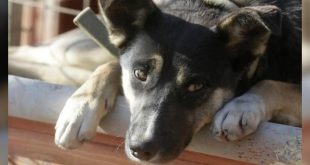 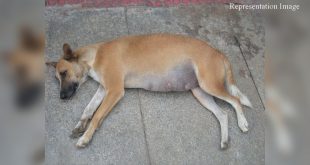 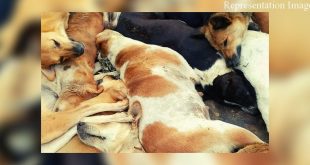 Recently, a CCTV footage went viral of two security guards brutally beating a stray dog, who was trying to find shelter from the rain. The security guards belonged to a Housing building in Worli, Mumbai.

After the video went viral, many celebs such as Anushka Sharma and Sonam Kapoor came forward in support of animal rights and to condemn such a brutal attack on the stray dog.

Now, the news has got the attention of Politicians and other Bollywood celebrities as well. They have also condemned the brutal thrashing of the stray dog by the security guards on the order of Mr. Bhatia. The citizens and celebs are trying to reach out to officials and organizations to help prevent such scenarios in the future.

It all happened in the Turf View Building in Worli. The stray dog, who has been named “Lucky,” is currently being treated by Bombay Animal Rights. People have been donating for the dog’s treatment. The group has been sharing regular updates about Lucky’s health.

“He squirms in pain when his wounds are cleaned. He is very skinny and weak and is being given multivitamins and drips due to severe dehydration, ” the group wrote on Facebook two days ago.

Today’s update said, “His condition is improving under constant care. Lucky is stable but is still critical. He is not strong enough to undergo extensive treatment. He is fighting back.”

Citizens and Celebs Come Together

During a raining Tuesday evening, yesterday, the Mumbai residents stood in front of the building to show their protest.

What’s happened with the dog in Worli is not just sad but immensely disturbing. To think that such inhuman behaviour exists towards creatures taking shelter during rain. I would want to see that the man responsible for it is punished with maximum penalty.

People for the Ethical Treatment of Animals (PETA): Stray dog beaten ruthlessly in a society in Worli, Mumbai for sheltering himself from rain – Sign the Petition! https://t.co/8eSIRmxoNg via @ChangeOrg_India

Subscribe to our newsletter for daily dog news India updates!