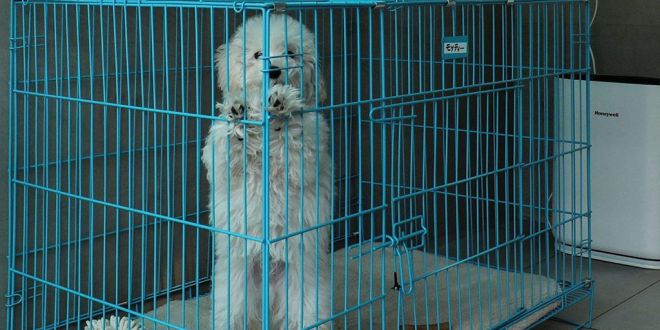 Locked out Indians are Abandoning their Pets on the Streets—Helpless, Scared, and Hungry

When they found him in an East Delhi locality towards the tall, dark, and handsome labrador was hungry, weak, scared, and depressed. Apparently abandoned by his owners in the wake of the coronavirus pandemic, the well-bred dog had taken shelter inside a building under construction. Noticing his plight, someone called Ummeed Social Welfare Society, an Uttar Pradesh-based NGO that took him in.

“Stray dogs had begun attacking him, he was in a very weak condition,” says Nidhi Sharma, Ummeed’s co-founder. “We call him Buzzo now,” Sharma told Quartz.

Buzzo now lives with his new family in Meerut, some 80 kilometers north of Delhi. “He is a happy child who loves to go on bike rides, not realizing he is a little overgrown for that, Not every abandoned pet is as lucky as Buzzo, though. “We just lost a beagle pup, whom we suspect was poisoned by his owners before he was left on the streets,” Sharma said.

While the streets of India emptying out over fears of the novel coronavirus and the lockdown announced in its wake, many localities are witnessing the emergence of a new set of residents: stray pedigree pets. However, the American Veterinary Medical Association (AVMA), in its research, has said that these pets are likely to have been exposed to the virus from their owners or other people.

“There are some coronaviruses that infect cats and dogs but do not infect humans,” explained the US-based Centers for Disease Control and Prevention on its website. “Coronaviruses are a large family of viruses. Some cause illness in people and others cause illness in certain types of animals. The virus that infects animals can become able to infect people, but this is rare. We do not have evidence that companion animals, including pets, can spread COVID-19.”

“A lot of this is happening because of misinformation that went viral earlier about pets being carriers of the virus in China. It turned out to be fake, of course, but a lot of damage has been done now,” said Vikram Kochhar, member of the People For Animals (PFA), one of India’s largest animal welfare organizations, founded by politician Maneka Gandhi. “Besides the few exceptions, it is quite rare for the virus or any other kind of disease to be transmitted to humans directly from the animals.”

“The situation is very frightening,” says Sharma. “We are exhausted explaining to the families that their dogs will not spread coronavirus but nobody listens.”

Abandonment happens all year long, according to Aparna (uses only her first name), who is a part of the adoption team at the Animal Hospital and Shelter in Noida near Delhi. In the past few days, though, there’s been a spike—her organization has received two starved dogs and a labrador pup with a tumor.

“People just leave them at the gate of our NGO, or bring them to the OPD and quietly sneak out claiming they found the dog elsewhere,” Aparna said.

Last month, the Maharashtra state health minister had to appeal to pet owners to not abandon them after the state witnessed hundreds of pets being left on the roads by panic-stricken people. In Odisha’s Bhubaneshwar, too, fake news took its toll on pets.

The situation is worse for stray animals. “It’s like people do not want animals around them. My family just rescued five kittens yesterday who were packed in a gunnie bag and dumped in a trashcan,” said Saawli Mehrotra, a 20-year-old animal activist in Lucknow. The complete shutdown has left these street animals unfed for days since people, their only source of food, are now mostly staying indoors. Roadside vegetable sellers are no longer permitted to feed cows and bulls either, according to Aparana of the Noida shelter.

On March 22, prime minister Narendra Modi appealed to the nation to feed stray animals. His government has also asked states to ensure that medical help for such animals is treated as an essential service and shouldn’t be suspended during the 21-day lockdown.

“Despite the prime minister’s appeal, people just do not listen. When we go out to feed them, the police ask us to return home,” Sharma said.

Unfortunately, the resistance of the police towards the strays isn’t just limited to sending the activists back home.

“A cop once even asked us to stop wasting food on animals and instead share the eatables with them,” Sharma told Quartz.

The animal welfare board of India has also issued an advisory to all chief secretaries of states and union territories in India to care for animals during the lockdown. However, in a country of 1.3 billion people, animals are rarely the priority.