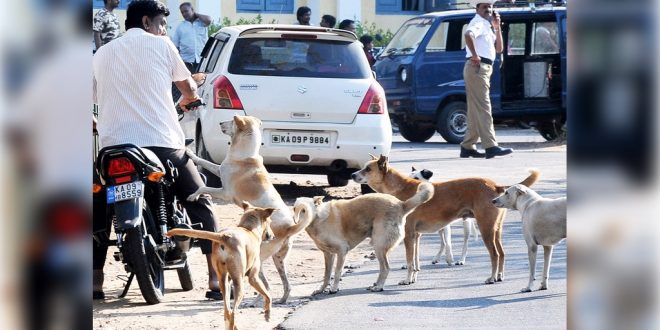 Stray Dog and the Biker Dies in an Hyderabad Road Accident

The Best Pit Bull Diet: How to Properly Feed Them

A group of students from IIT-M have taken responsibility of sterilizing stray dogs in the campus due to the recent wildlife deaths in the IIT-Madras campus.

The group calls itself – Friends of Animals, and is helping the institute implement the animal birth control (ABC) programme which will target sterilization of dogs in the campus.

In the last two months, at least 13 animals have died, including five endangered black bucks. The Forest Department has found out that most of the wildlife deaths were due to stray dogs  whose numbers have increased rapidly in the past year.

The Institute has managed to sterilize 80 dogs so far and they plan to achieve the 100 per cent sterilization target soon.

Shradha Sharma, fourth-year Ph.D student and a member of Friends of Animals says, “this is the best that the IIT Madras can do under the current circumstances since the rules strictly prohibit relocation of strays.”

The group has about 40 members and it also helps puppies littered on the campus find a forever home outside. They put up pups for adoption and do regular follow-ups after they are adopted

Though Friends for Animals is still awaiting formal approval from the IIT-Madras administration, dean of students MS Sivakumar has approved the group’s activities and is funding the sterilization programme taken up by the students.