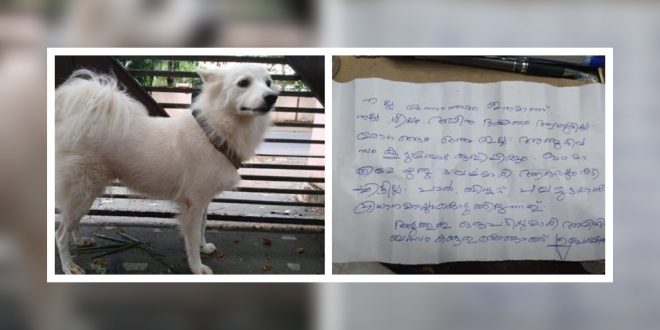 Female Pomeranian Dog Abandoned For Having An Affair With Another Dog 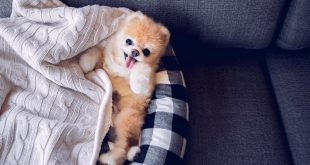 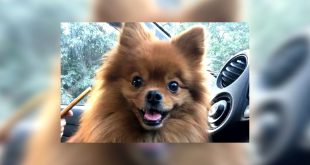 Pomeranian Dog Kidnapped From A Parked Car In Delhi 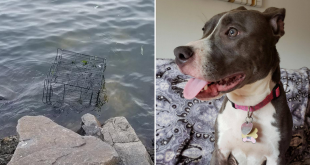 A white female Pomeranian dog was abandoned by its owner in Thiruvananthapuram’s Chackai because he had a ‘problem’ with his pet’s “illicit relationship”. According to the pet owner, the dog was having an ‘illicit relationship’ with another dog in the neighborhood which he didn’t approve of!

The note with the message was found tied to the dog’s collar and was found outside the World Market. In Malayali, the owner also described the traits of the dog and mentioned her food habits in the note.

“It is a very good dog. Good habits. Do not need a lot of food. No illnesses. She’s given a bath every five days. She only barks – in three years, she has not bitten anyone. She has mostly fed milk, biscuits, and eggs. She is being abandoned because she was found to have an illicit relationship with a dog in the neighborhood,” the note read, as per The News Minute.

Thiruvananthapuram: A white Pomeranian dog was abandoned by its owner for having an “illicit relationship” with a dog next door. Shameem, People For Animals (PFA) volunteer says, “I was informed that a dog was found near Wall Market Gate, I went there & brought her home.” #Kerala pic.twitter.com/nvu6QXTVJ0

The dog was spotted by a passerby near the World Market, who immediately dialed the NGO People For Animals, asking for a volunteer to attend to the Pomeranian. Shameem, a volunteer for PFA, rushed to the spot to collect the dog.

While speaking to The News Minute, Shameem said: “I took her home and put her in my kennel. She is really nice, someone would adopt her soon. But there is a really hopeful look on her face, expecting that her owner would come to pick her up.”

“The dog is in heat,” Shameem said, adding that she mated with the other dog for this reason. During her conversation, Shameem also said that she has often seen owners abandoning their pets. But this reason cited by the owner of the Pomeranian is something that she has heard for the first time.

Note: This article has not been edited by the DogExpress team and curated via syndicated feed.