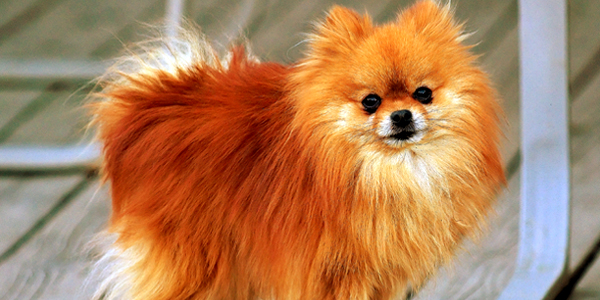 Origin of Name: The Pomeranian gets its name from Pomerania the region in Central Europe from where the breed originated. They’re also called Zwergspitz, Dwarf Spitz, Loulou, or Pom. For a Pom, there is no dog or human too big to take on, hence the other endearing term, “the little dog who thinks he can”.

About Pomeranians :
Poms are known the world over as perhaps the most popular toy breed. Their ancestors were much larger than them, as is evident from all the other Spitz breeds there are, which include the German Spitz, the Alaskan Malamute, the Samoyed and the Norwegian Elkhound. The breed gained popularity in the 17th century, thanks to Queen Victoria who fell in love with them and bred and raised several Pomeranians.

In 1761, the appeal of Pomeranians moved from the far northern European countries to England when Sophie Charlotte, a 17-year-old Princess of Mecklenburg-Strelitz – a neighboring province of Pomerania – married the English prince who later became King George III. Sophie Charlotte brought with her a pair of mostly white dogs named Phoebe and Mercury. At the time, the breed became popular among royalty, but was yet to become the common man’s dog.

The Pomeranian is loved because of its small and compact size. In spite of their instinct to believe they can take on any adversary, Poms are for the most part incapable of surviving on their own or outdoors. They are affectionate and warm with their humans, a characteristic that ensures they don’t often go without love and protection. Poms are best avoided when very small children are around, more so for the safety of the dog than the child.

Tolerance to heat-Get a heatstroke

Pomeranians in general are a very healthy breed but as any other breed they are also prone to some common health conditions.

Temperament
Poms are smart, vivacious and outgoing dogs. They tend to love to meet new people, which is a great way to start socializing them when their still puppies, especially if you see signs of a cranky, moody Pom. and shapes is a great idea and will help minimize your Pom’s instinctive suspicion about strangers. Excellent watchdogs ,adaptable and will be happy in an apartment as well as a house with a yard. Poms love company and don’t do very well as outdoor dogs, bereft of the company of humans.

Training & Intelligence
Poms are high-energy lap dogs, which means they will switch between wanting to run around and engage in energetic play, and sit contentedly on your lap and watch you watch the telly. They are highly intelligent dogs and make for great watchdogs, but poor guard dogs. The high intelligence level of Poms makes them excellent at obedience training, although this will have to start at a young age

Procreation
Poms seem to have a hard time when it comes to breeding, so if you’re a first timer in that department, it’s best to get the constant support of a vet. Small litter sizes and frequent requirement for C-sections makes this a difficult task. Although Poms attain sexual maturity anywhere between six to nine months of age, they are still too young to breed at this age. 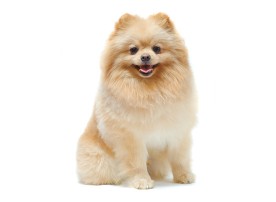 Not easy to groom
High visits to groomer required 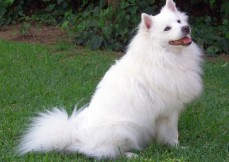 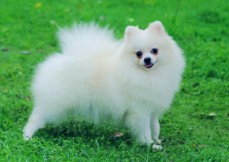 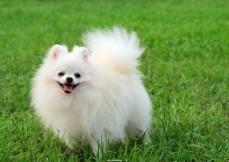 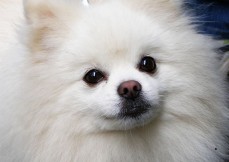