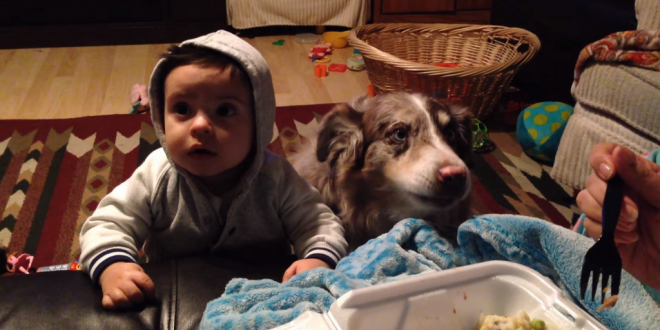 Dog Says “Mama” Before The Baby

“One of the cutest video on the internet. ”

In the video, uploaded on Youtube,  Andrea, a mother who was too eager and excited to hear the word “mama” from her newborn son, Sam. She tries to offer the baby a treat to say the word but what happened next was unexpected and hilarious.

Patch, their family Pet dog was more interested in the reward.  So, beating the kid, he first said “Mama”

About Patch, the pet dog

He is an Australian Shepherd Dog and has always been considered as a very special part of the family. He helped a great deal in the recovery of Andrea’s mother. She had a severe brain injury because of a car accident. Patch used to be on guard, so whenever grandma had any problem during her injury, he was there to alert the other members.