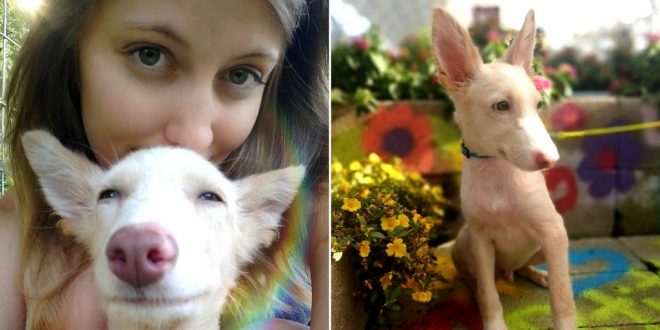 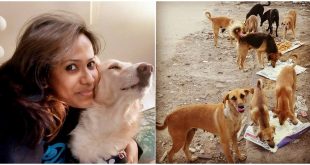 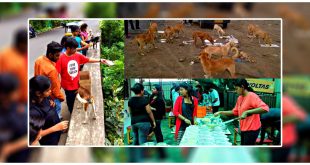 Piggu, the dog with pig-like ears would have died similar to hundreds of dogs that die on the street daily. But fate had other plans for this dog. He found his forever home along with a new life and name in the USA.

Anjali Kakati, a Delhi woman who runs an NGO called Each One Feed One found a litter of 5 puppies in Aastha Kunj Park in Delhi.

She regularly visits the park to feed the older dogs in the area. One day she noticed a litter of 5 young puppies in the park without the mother around. She waited for a while waiting for the mother to show up. But when she didn’t, her team whistled to call the pups and they came running towards them.

Anjali said that she planned to get the puppies vaccinated in a few days, however, before they could take the pups to the vet, a tragedy struck. Two of the puppies from the litter died and the other three got really sick. She rushed the remaining puppies to a dog shelter in Delhi. After the blood test, the pups were diagnosed with Parvovirus. 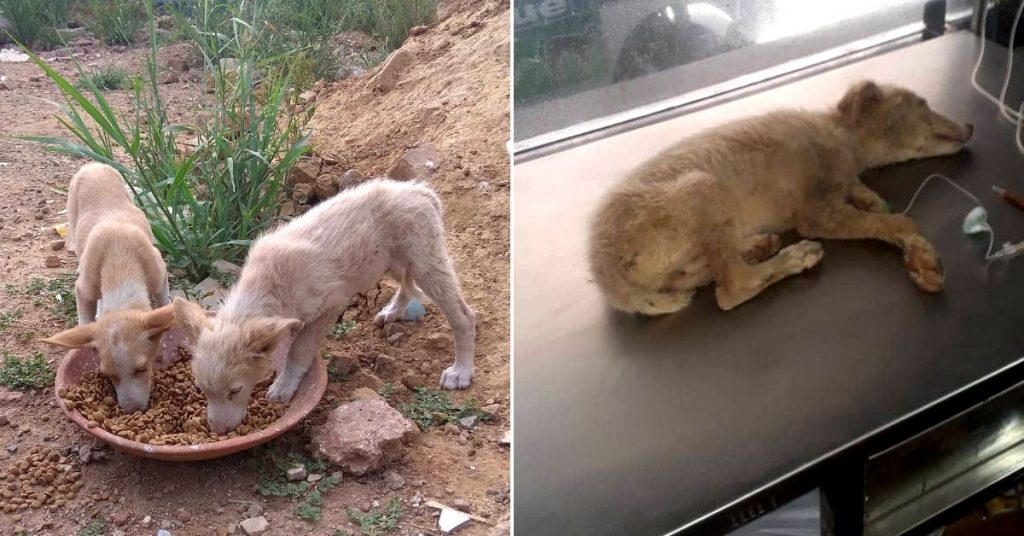 It is a serious and contagious canine virus that gets spread due to direct or indirect contact with their feces. It causes vomiting, diarrhea, weight loss and lack of appetite. With young pups suffering from the disease, their chances of survival were bad. The puppies were passing blood in their stool.

For urgent treatment, the vets prescribed a costly Canglob P serum injection that was required to be given to the pups on a daily basis. The injections and expenses were coming up to be INR 40,000. She decided to pay the money upfront by herself and then claim the amount by crowdfunding. 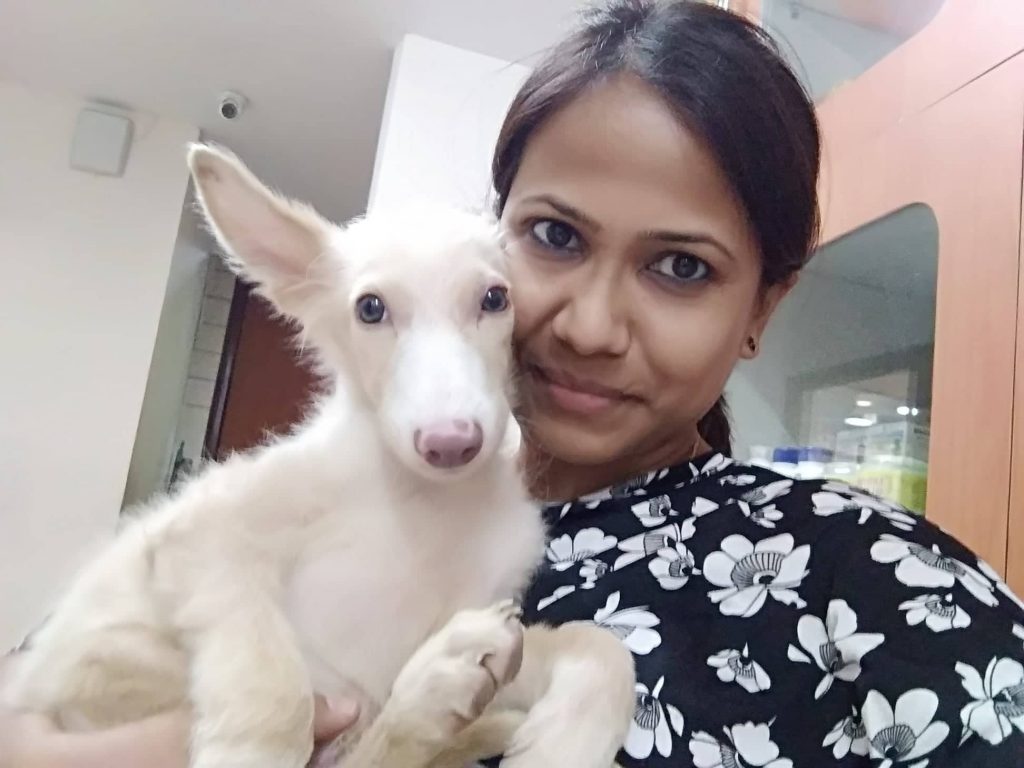 She fostered them for a while and when they got a little better, she took them back to the park from where she took them. She was still worried about the little pup who she named as Piggu due to his pig-like ears. During one of her visits, she noticed that Piggu was now suffering from ticks. She tried to reach out to other NGOs and volunteers to help her and to keep the puppies in a shelter home in Delhi but no help turned up.

Finally, she got in touch with an NGO called Rescue without Borders, a New Jersey-based organization that helps stray dogs in India find forever homes in the US. But the cost of transporting the dogs from Delhi to New Jersey was coming up to be around INR 2 lakhs. She went for crowdfunding again and people came forward.

Finding forever home in the US 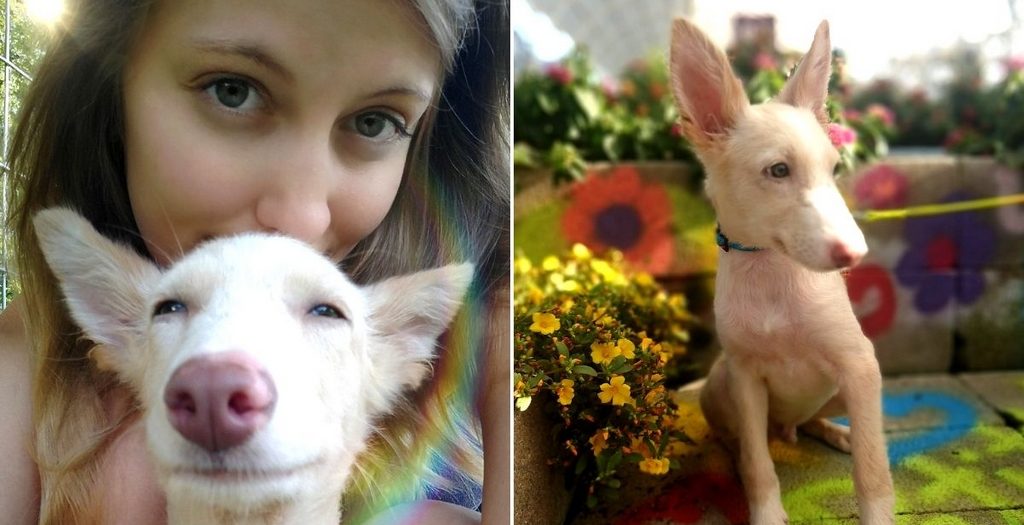 “I stumbled upon the ad on a website called Petfinder. I actually wasn’t seriously looking for another dog at the time. My boyfriend and I had planned to wait until next summer to get another dog. I was mainly just browsing, trying to decide what breeds I’m most fond of, and then I came across his ad.”

She found Piggu in New Jersey through Rescue Without Borders and instantly fell in love with him.

“At the time, he was very skinny and very much lacking muscle. He had a hard time before he was able to fly over. He is a parvovirus survivor and he was just getting over tick fever.”

She added that Piggu has started showing signs of recovery and is a very energetic, happy dog. Now Piggu is named as Henwen after a Welsh fable character and lives a happy life with his loving family.

Anjali hopes that similar to Piggu, his other two siblings will also find their forever homes with the help of the NGO, Rescue Without Borders.

At DogExpress, we keep striving to be the best dog website in India and we will continue to bring daily dog news updates for you.