The woman arrested on suspicion of dumping seven newborn puppies in the trash in the 90F Coachella heat has now had 38 other dogs impounded from her home, authorities say. 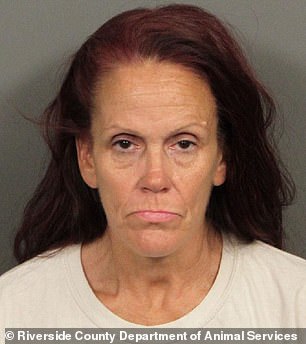 Following her arrest officials say they found dozens of other animals kept at her home, which was ‘overrun with dogs and in a state of despair’.

‘We were uncertain who would care for the dogs after she was arrested, so we were forced to impound all 38. The house was overrun with other dogs. The house was in a state of despair.’

The impounded dogs appeared to be in ‘somewhat healthy condition’, according to Riverside County Animal Services.

It is thought the mom to the puppies dumped may be among those impounded and there are hopes they can be reunited. Officials say

‘Animal Services will determine whether a reunion can be coordinated.’ 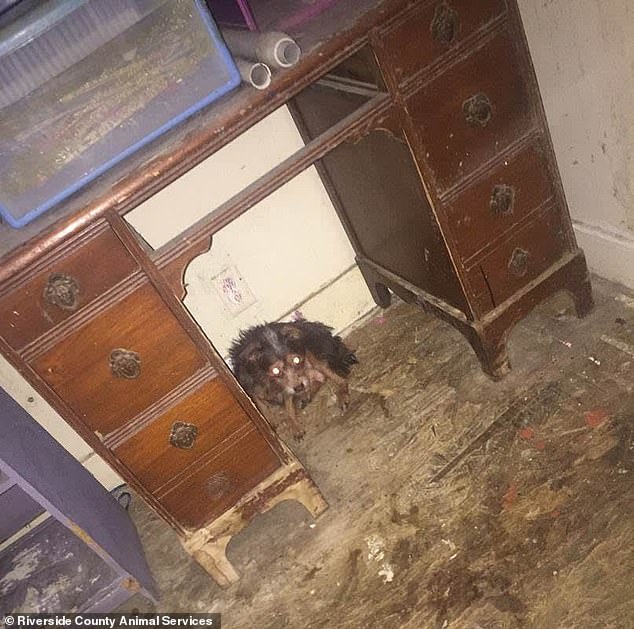 Officials say they found 38 other dogs at Deborah Sue Culwell’s Coachella home after she was arrested Monday for allegedly dumping seven puppies in the trash. 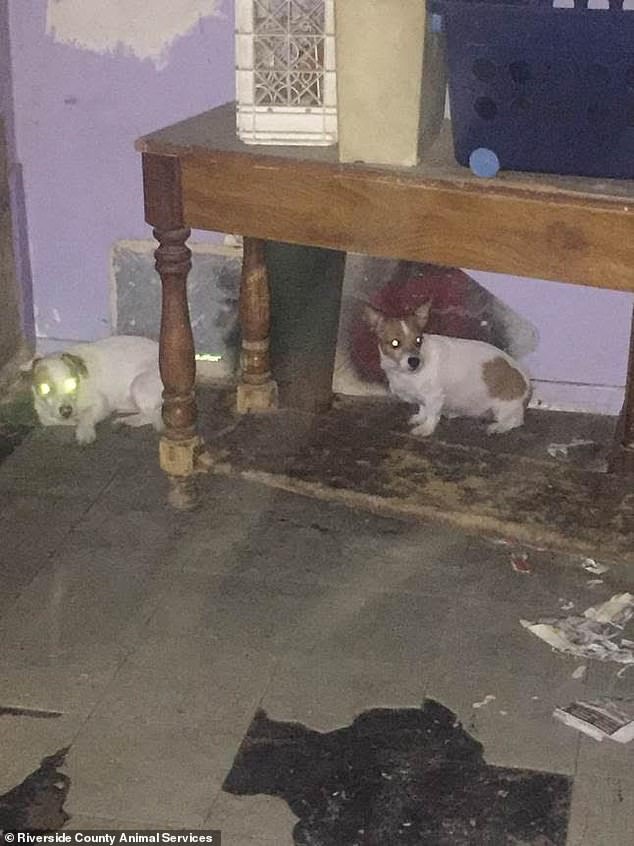 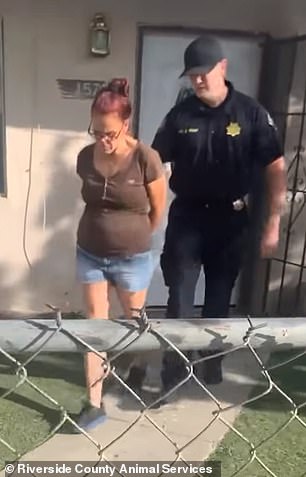 Deborah Sue Culwell (pictured), 54, has been arrested on suspicion of dumping seven newborn puppies in the trash in the 90F Coachella heat, authorities have confirmed.

Culwell is facing up to seven counts of felony animal cruelty, officials said.

Photos of Culwell’s arrest shows an officer escorting her from her home in handcuffs before she’s placed in the back of a patrol car.

Last Thursday, surveillance footage released by the Riverside County Animal Services showed the woman stepping out of a white Jeep, peering into a dumpster used for recyclables, then dropping the bag filled with the puppies inside.

She then casually walked back to the Jeep and drove away, leaving the puppies to swelter in the heat.

The dogs only survived after being found by a passerby who spotted the bag and took it to a nearby store.