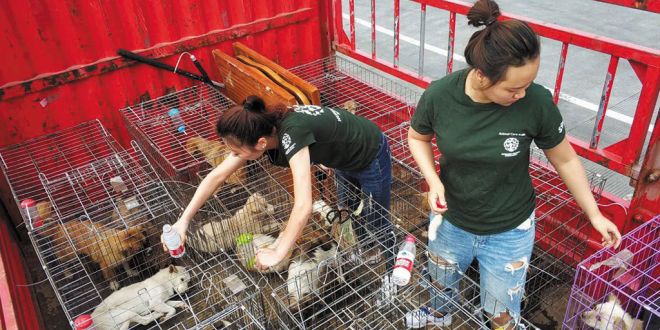 After Shenzhen’s ban on the consumption of dog and cat meat, more heartening news come from China as its Ministry of Agriculture and Rural Affairs has for the first time ever explicitly stated that dogs [and cats] are “companion animals who are not for eating”, in what has been hailed as a potential game-changer moment by long time anti-dog meat campaigners Humane Society International (HSI)

The draft document of the National Catalogue of Livestock and Poultry Genetic Resources provides a list of animals considered “livestock” including pigs, ducks, chickens, etc – but omits dogs and cats.

The Ministry addressed the omission for the first time, stating, “With the progress of human civilization and the public’s concern and preference for animal protection, dogs have changed from traditional domestic animals to companion animals. Dogs are generally not regarded as livestock and poultry around the world, and China should also not manage them as livestock and poultry.”

Along with the landmark decision in Shenzhen earlier this month, HSI believes this could signal a critically important shift in China’s desire to see an end to the dog and cat meat trade.

Wendy Higgins, Humane Society International, says, “This draft proposal could signal a game-changer moment for animal protection in China. Coming so soon after Shenzhen’s dog and cat meat ban, it is incredibly encouraging now to see a draft on the table in mainland China that could effectively ban the eating of dogs and cats.

“Tens of millions of dogs and cats every year, mostly stolen pets, suffer the agonies of the brutal meat trade, and there is no greater desire to see it end than among Chinese animal groups and animal lovers themselves. Not only does it cause enormous animal suffering, but it is also almost entirely fuelled by crime and, perhaps most significantly right now, poses an undeniable human health threat with the risk of diseases such as rabies and cholera.” 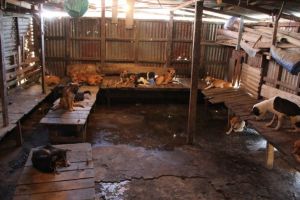 Wendy adds, “This is the first time the national government in China has explicitly explained why dogs and cats are excluded from the official livestock list, stating that these are companion animals and not for eating. That signals a major shift, recognizing that most people in China don’t eat dogs and cats and want an end to the theft of their companion animals for a meat trade that only a small percentage of the population indulge in.

“We have to await the outcome of the consultation phase but this draft could effectively pave the way for China to officially take dogs and cats off the menu.”