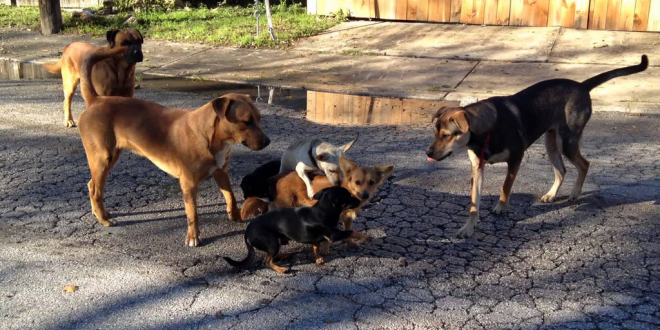 The Best Pit Bull Diet: How to Properly Feed Them

Animal activists across the city have planned to carry out awareness campaigns about stray dog behaviors and the benefits of community feeding of strays.

While claiming that Pune Municipal Corporation has failed to execute the Animal Birth Control programme (ABC). They said volunteers have individually undertaken hundreds of sterilization drives in the city.

PMC had earlier claimed that the population of stray dogs is increasing because of a sharp rise in the number of community dog feeders in the city, but animal activists said that nothing could be farther from the truth.

Anjali Patwardhan, a volunteer from the Deccan Gymkhana Animal Welfare Group said,  “Community feeding of stray dogs helps befriend them, which makes it easier for us to catch them for sterilization and vaccination. A well-fed dog is a happy dog, which does not go out and scavenge for food or attack people carrying food.”

The group has sterilized 1,430 street dogs in Deccan and adjoining areas in the last four years.

Kudale, a volunteer said that citizens should also cooperate with feeders by supporting them, to curb the canine population and not see them as a threat.

The Animal Welfare Board of India (AWBI) had also passed rules which said that the Supreme Court has upheld street dog feeding, as it reduces human-animal conflict, facilitating sterilization of unneutered dogs.

Kudale said that the ABC programme, at which the PMC has “failed miserably”, not only curbs street dog population but also contains unruly behaviour among dogs as they stop fighting over female dogs in heat.

“Dogs are known to fight only for mating. Sterilization takes care of such behaviour, including dogs chasing bikes,” she said.

“One if always advised to slow down in such instances, as then, the dogs will stop the chase. Citizens who face such problems can throw some biscuits on the side to placate the dogs,” he said.

Animal activists said they were informing PMC on the thousands of street dogs being sterilized individually by volunteers. Activist Pankaj Kumar and others of his ilk have sterilized over 450 stray dogs from Baner, Bavdhan, Aundh, and Pashan since last October. They spent Rs.6 lakh to Rs.7 lakh on the catching van, sterilization equipment and the sterilizations.