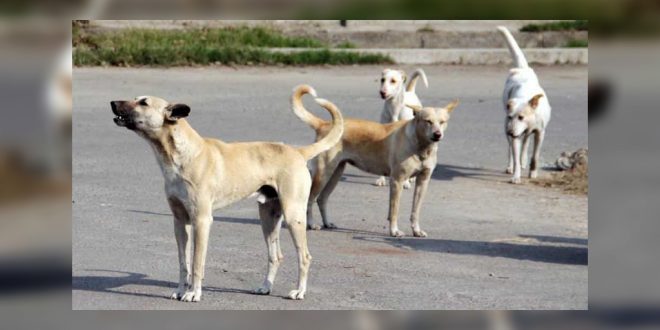 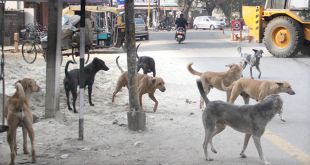 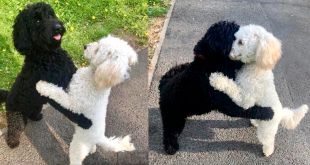 In 2018, there were over one lakh people bitten by stray dogs in Punjab. Many people were mauled to death while the rest especially children were scarred for life. The three departments who are responsible for curbing the stray dog menace hasn’t been doing its duty and been passing the buck. 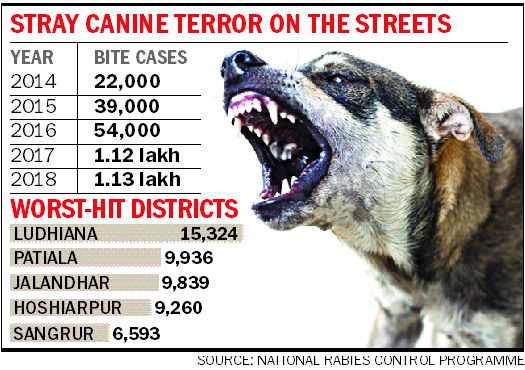 According to source data, there were around 1.13 lakh dog bite cases reported in the year of 2018. This data has been compiled by the Punjab Government. Around 50% of the victims in the dog bites cases reported have been the children. The number of reported cases seem to be increasing every year.

If to believe the experts. the actual dog bite data could be higher in number as many victims do not seek treatment at the hospitals. However, the overall rise in dog bite cases have been observed as in 2016, the reported cases were about 54,000 only.

The data shared by the National Rabies Control Programme shows that Ludhiana was the worst-hit district with 15,324 cases. After that Patiala with 9,936 cases, followed up by Jalandhar with 9,839 cases, Hoshiarpur with 9,260 cases and lastly Sangrur with 6,593 cases.

While such incidents are regularly raised in the Assembly, the three departments — Local Bodies, Rural Development and Panchayats and Animal Husbandry — jointly responsible for controlling the dog population continue to pass the buck, leaving the situation on the ground unchanged. At the recent Budget session, Minister for Animal Husbandry Balbir Singh Sidhu said his department’s role was limited to providing technical support to the Local Bodies and Rural Development and Panchayats departments.

In 2016, then Chief Minister Parkash Singh Badal had asked the three departments to make a time-bound action plan to control the menace. As per the last Livestock Census in 2012, more than 3 lakh stray dogs were present in the state and the number is likely to have gone up significantly over the past seven years, say experts.

The birth control programme was started by the government over a decade ago, but its sterilization rate is dismally low, at under 1%.

The Animal Birth Control (Dogs) Rules, 2001, say that every district has to look after the population control and sterilization of stray dogs. The Rural Development and Panchayats and Local Bodies departments also have to establish a sufficient number of dog pounds, including kennels/shelters, to keep the captured animals, and get survey of stray dogs conducted regularly.